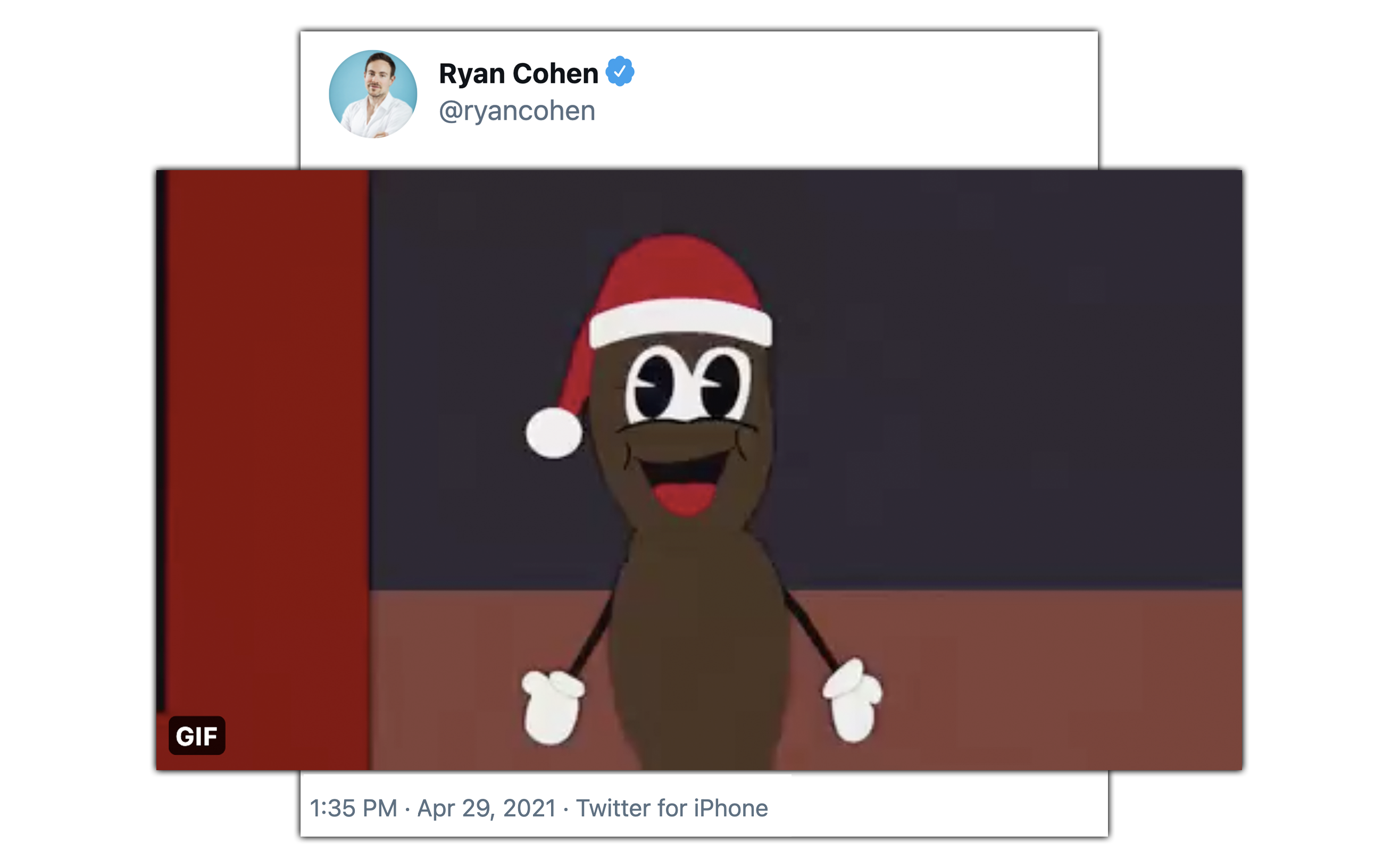 At 1:35PM, the incoming GameStop Chairman has tweeted a gif of Mr. Hankey, a talking poo, from South Park.

In the gif, the character simply blinks, without any closed captions. This meant GMEdd had to dig deeper.

The friendly poo tries to convince South Park to all work together, and stop focusing on all the bad. pic.twitter.com/vkLTWyE4KH

We found that the clip originates from Episode 110 of South Park, the ninth episode of the first season, titled “Mr. Hankey, the Christmas Poo.”

In the episode, the  Jewish character Kyle feels excluded from the town’s celebrations during Christmas , and is comforted by  Mr. Hankey, a talking and singing lump of feces wearing a red hat. Mr. Hankey does not come alive in the presence of other characters, so they think that Kyle is delusional. In another plot strand, the townspeople remove all religious aspects of Christmas from South Park to remain politically correct and inoffensive.

The segment of the episode that Cohen’s gif originates from is a scene where Mr. Hankey tries to convince the town of South Park to all work together, and stop focusing on all of the bad.