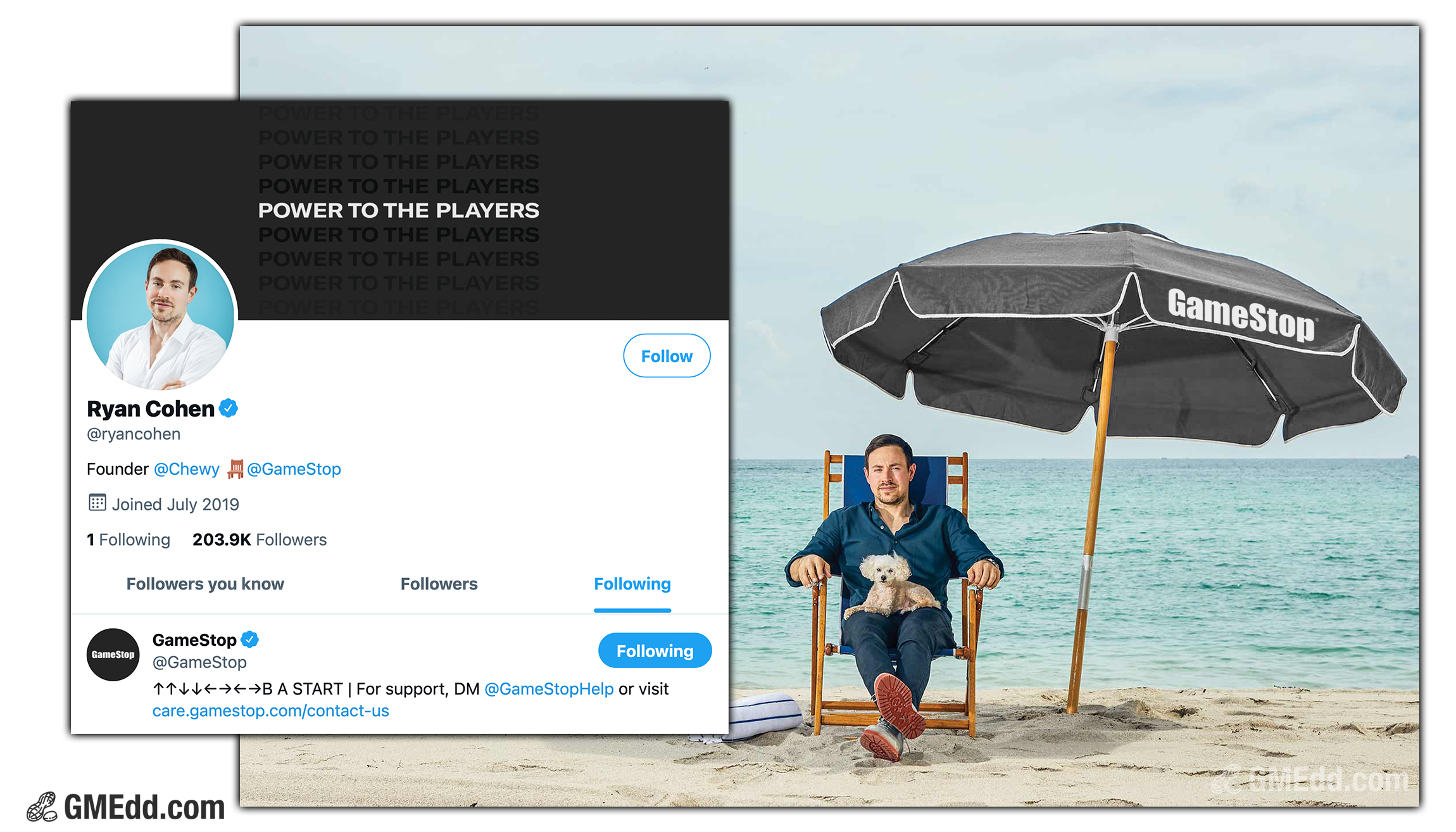 After tweeting a nod to both the Olympics and the news about GameStop’s brand coming to Canada, the Chairman has refined his Twitter following.

Here at GMEdd, we overanalyze. It’s what we do best.

On February 4th, 2021, Ryan Cohen briefly followed GameStop’s investing icon Roaring Kitty. GMEdd decided that was worthy of discussion, so we called attention to it. When Ryan Cohen made any sort of adjustments to his following from that point on, we felt obliged to cover it.

Since then, Ryan Cohen has made several tweaks to his Twitter following, and we have continued to try and speculate as to what each change could mean.

February 4, 2021: Ryan Cohen follows Roaring Kitty as the personality becomes the face of retail investors for his famous conviction in GameStop. At the time, Cohen had followed just GeekWire, PCGamer, The Wall Street Journal, and the Financial Times.

May 13, 2021: Ryan Cohen unfollows Elon Musk amid controversy on Twitter. Cohen is left with only 4 follows: Xbox, PlayStation, NintendoAmerica, and GameStop.

Could this mean that GameStop is the only company on Ryan Cohen’s mind? Jeff Bezos also only follows one account, is this another play from Amazon’s book?

Who knows. Does it really matter? We’ll stop stalking your following now, Ryan.