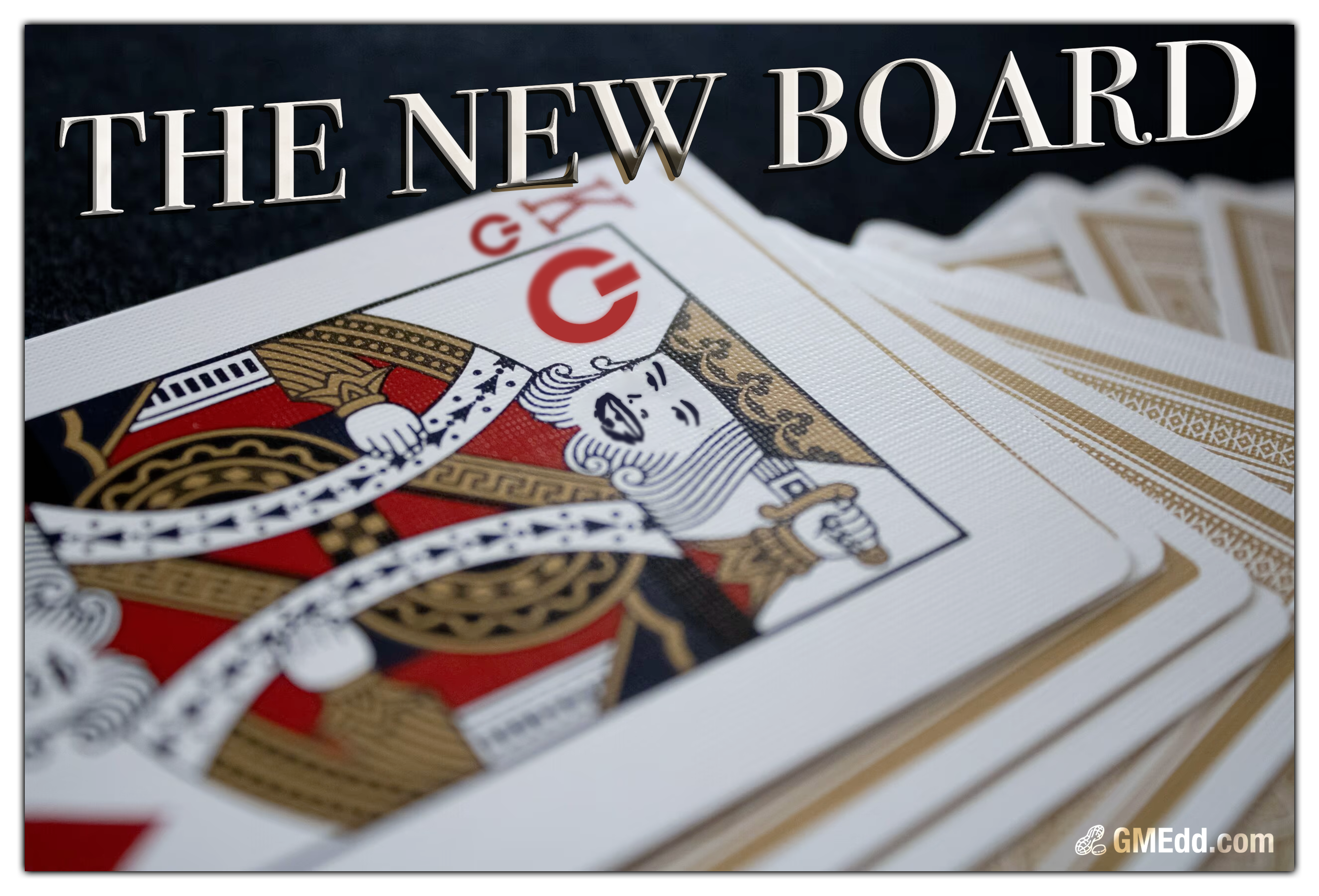 Will society remember Ryan Cohen as the Founder of Chewy or the Chairman of GameStop?

GameStop has today announced that the board intends to elect Ryan Cohen, founder of Chewy, as Chairman of the Board at the annual meeting, which will take place in Grapevine Texas on June 9th, 2021. GameStop also states that it will be nominating the following six individuals to stand for election to its Board of Directors: Alan Attal, Larry Cheng, Ryan Cohen, Jim Grube, George Sherman and Yang Xu.

GameStop has also shared updates that include:

About the new names

Larry Cheng is Co-Founder and Managing Partner of Volition Capital, a leading growth equity investment firm based in Boston, Massachusetts and the first investor in Chewy. He has more than two decades of venture capital and growth equity investing experience based on time at Volition Capital, Fidelity Ventures, Battery Ventures, and Bessemer Venture Partners. He presently leads the Internet and Consumer team at Volition, focusing on disruptive companies in e-commerce, internet services, consumer brands, and digital media and gaming. He received his bachelor’s degree from Harvard College where he concentrated in Psychology.

Yang Xu is Senior Vice President of Global Finance and Treasury at The Kraft Heinz Company. She has more than 20 years of broad experience across the capital markets, finance, strategic planning, transactions and business operations in the U.S., Asia and Europe. Prior to The Kraft Heinz Company, she held roles with Whirlpool Corporation and General Electric Healthcare. She has a bachelor’s degree in Finance from Wuhan University, a master’s degree in management from the HEC School of Management and a master’s in business administration from the London Business School.

What does this mean?

First, we are glad to see that RC Ventures is, in fact, on pace to control the GameStop board. Surprisingly, though, without Kurt Wolf and instead a former venture capital partner from his Chewy days.

With Cohen being placed as chairman of the board and Sherman to be re-elected, George Sherman will remain serving as CEO. There is also an apparent reversal in Jim Grube being asked to serve on the Strategic Planning and Capital Allocation Committee, a team we speculated he wasn’t originally a part of , anticipating a CFO announcement instead. Could both Jim Grube as CFO and Ryan Cohen as CEO still happen? Of course. But it seems they both may already have found their roles, for now at least.

Joe Fonicello @Toast of GMEdd․com spoke with Yahoo Finance at 11:40 am ET to discuss GameStop's transformation one-year since Ryan Cohen's appointment to the board.

"GameStop has over 370 hires poached from the likes of Chewy, Amazon, Facebook and Microsoft."

Here’s the tale of a father who spent days trying to buy a new Xbox, only for it to be lost in the mail before Christmas.

Frustrated, he reached out to GameStop’s @jim_grube, @KelliLamberD, and @EricBright1, and the company earned his business forever.

You have to take a big position in one on Tuesday and hold for the next 25 years no matter what. Which one do you choose? $MSFT $FB $AMZN $GOOG $GOOGL

Opening a Roth at 21 and fully funding it for a decade was an incredible head start on the path to retirement. I encourage everyone to explore & contribute to these accounts if they qualify!

Starting Tuesday, we will be tracking EVERY stock recommendation made by Jim Cramer so you can do the opposite.

Which has more residual value?

do you see it too, anon?

this one is really unnecessary, but what do you think anon?