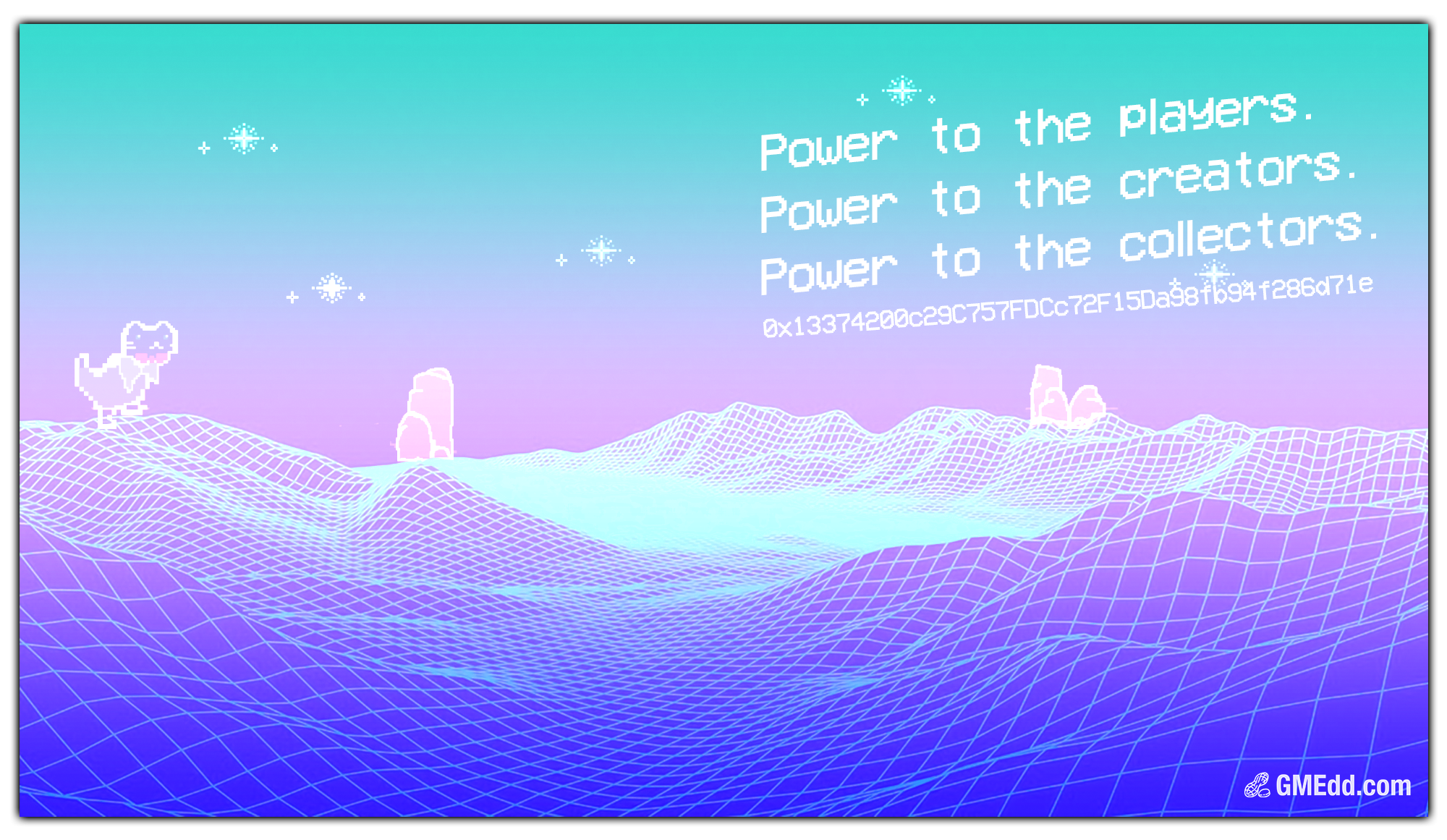 Found through internet sleuthing, NFT.GameStop.com unveils what will become GameStop’s venture into the rapidly growing crypto and non-fungible token space.

In April, GMEdd.com covered how GameStop was beginning to look for talent in the rapidly growing NFT sector, and it is now official.

GameStop looks to be working with Ethereum’s chain for this project, judging by their usage of the Ethereum logo.

A potential slogan for the project is also unveiled:

There is also a crypto wallet address listed on the site, featuring the gamer code “1337.” The address begins with 1337420.

Etherscan.io reveals that this address is associated with a GameStop Token, and also features an ascii-art message for those “anons” who took the time to look it up.

Etherscan.io also reveals that the first GameStop Token was minted only 28 minutes after Ryan Cohen’s American Dad .gif tweet last night. A total of .42069 ETH was transferred to a multisignature wallet contract, which is a way of setting up a wallet that may need more than one signature to authorize transactions.

Engineers and nerds alike have discovered that GameStop is hosting this webpage on IPFS, an incredibly forward-thinking initiative for the company. IPFS is essentially a decentralized internet, which protects developers from single-point-of-failure risks. You can read more on it here on ipfs.io.

Christopher Bell, GameStop’s Senior Product Manager, Blockchain & Smart Contracts, has announced that he’s happy to be a part of the NFTeam at GameStop.

Power to the Players!

Hidden in the top right of the webpage is a dead pixel that links to a game reminiscent of the dinosaur jumping game from Google Chrome, but this time it’s a banyana, a cat in a banana. This is likely a nod to Roaring Kitty and the “ape” movement.

In the game, the further you progress, the closer you arrive to a full moon in the sky.

Joe Fonicello @Toast of GMEdd․com spoke with Yahoo Finance at 11:40 am ET to discuss GameStop's transformation one-year since Ryan Cohen's appointment to the board.

"GameStop has over 370 hires poached from the likes of Chewy, Amazon, Facebook and Microsoft."

Here’s the tale of a father who spent days trying to buy a new Xbox, only for it to be lost in the mail before Christmas.

Frustrated, he reached out to GameStop’s @jim_grube, @KelliLamberD, and @EricBright1, and the company earned his business forever.

You have to take a big position in one on Tuesday and hold for the next 25 years no matter what. Which one do you choose? $MSFT $FB $AMZN $GOOG $GOOGL

Opening a Roth at 21 and fully funding it for a decade was an incredible head start on the path to retirement. I encourage everyone to explore & contribute to these accounts if they qualify!

Starting Tuesday, we will be tracking EVERY stock recommendation made by Jim Cramer so you can do the opposite.

Which has more residual value?

do you see it too, anon?

this one is really unnecessary, but what do you think anon?